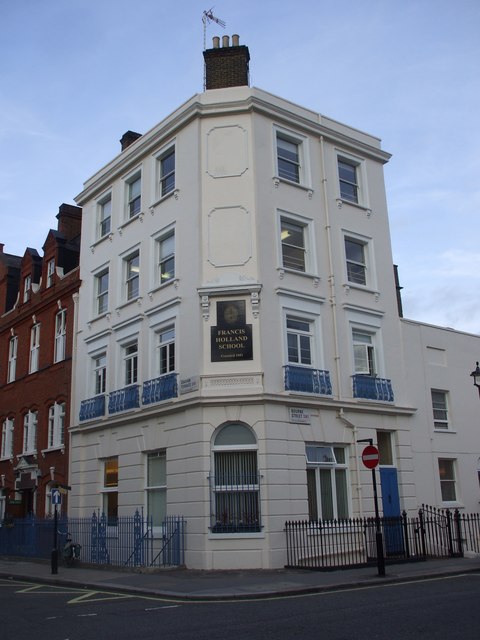 One thing that girls’ schools can really excel in is understanding girls – what makes them tick, how they study best, what motivates them and more importantly, the huge challenges which they face in the modern world. Headmistress of Francis Holland, Mrs Lucy Elphinstone, is very aware of the issues surrounding girls in the 21st century:  she makes sure that all girls learn computer programming and emphasises the need for all girls to be adaptable and able to reinvent themselves.

Whilst not traditionally seen as an academic school, Francis Holland’s results are very good.  Modern languages are well-taught, as are Latin and History.  Science subjects are less popular amongst the girls.  Every pupil is encouraged  to take 5 AS Levels and to take 4 of these to A Level.   Almost all the leavers go to university, and the career advice is excellent.   The number of girls going to university in the US is increasing,  Many also take arts courses at St Martins, the London College of Fashion or the Royal Ballet School.

Drama, dance and music are taken very seriously here.  Drama teachers try to get all girls involved.  The ballet teacher, Valerie Hitchen is an institution.  She is well-loved and has established great links with the Royal Ballet School.  There are lots of choirs and most girls learn at least one instrument.  There is central school courtyard where some of the PE takes place, but mostly girls go to local parks for riding and other sports.

Pastorally, the school is excellent. The girls are happy here and it shows. We hear very few complaints from girls who attend the school.  The staff engage well with parents and they are encouraged to come to the school with any concerns they may have. The staff care about all the girls and encourage individual talents and aspirations. A very happy place indeed.

Should I educate my child privately? 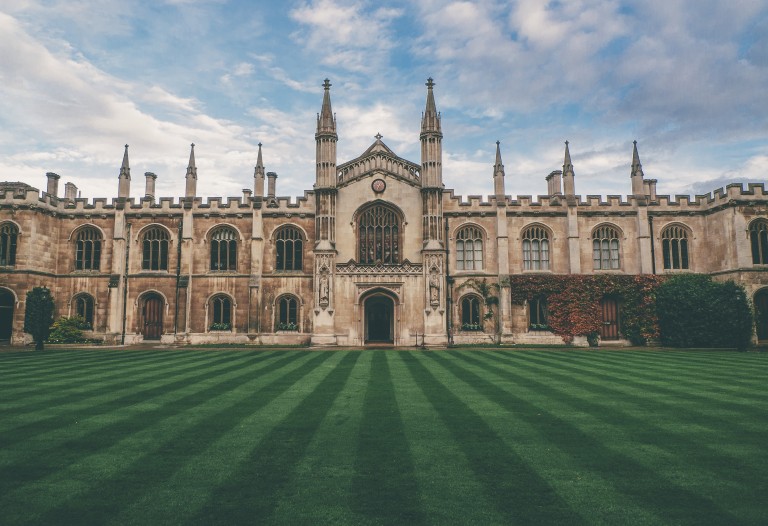 Many parents ask themselves this question.  Will my child have access to better opportunities?  Will he or she thrive and be happy?  And crucially, factoring in the cost of living in London and future university fees, can I afford it?

There has been a lot in the press recently about private (independent) schools and the pros and cons of educating your child independently.

Do the privately educated still dominate the British elite?

The Sutton Trust’s report “Leading People 2016” (1) found that professions like law, politics, journalism and medicine were still dominated by privately educated Oxbridge graduates.  It is not just the traditional academic professions that are dominated by the product of independent schools either:  many leading British actors and actresses were independently educated including Eddie Redmayne (Eton), Benedict Cumberbatch (Harrow) and Kate Winslett who attended an independent theatre training school.

But according to Fraser Nelson in the Spectator this week (2), this report omits to mention that “these leading establishment figures went to schools at least 20 years ago” and there is “more excellence in the state sector than the private.” This is an interesting observation and we will see whether the current generation of young people have equal success to their counterparts who attended independent schools

In London, we have some excellent examples of both state and independent schools.

In the state sector, Tiffin Girls in Kingston and the London Oratory in Fulham are prime examples of free selective schools.  Both boast outstanding results academically with the London Oratory being particularly brilliant for music.  Both of these, and other London state schools, such as Greycoat Hospital School in Westminster where the Prime Minister, David Cameron, sent his daughter –  are popular and heavily over-subscribed.

In the independent sector, St Paul’s, St Paul’s Girls and Westminster are among several internationally renowned schools where parents seek to gain places for their children.

As with the outstanding state schools, competition for places is tough, with many families disappointed every year.

How do I know whether state or independent is best for my child?

As a parent, choosing a school for your child is one of the most important decisions you will ever make.  The real question is not whether state or independent is best, but finding a school where your child will thrive and be happy.  Your know your own child better than anyone.  It is important to trust your intuition and choose a school which you feel will benefit your son or daughter both academically and pastorally.  And to remember that your decision is not set in stone.  This simple fact takes the pressure off.  If your child is unhappy in your chosen school, you have the power to change this.

If you do not find a school which you feel would benefit your child, or the school you have chosen is over-subscribed, you may wish to consider home-schooling for a period.  There has been rise in UK families home-schooling.  Families we have helped recently cited many reasons for doing so.  These included sensitive children, who prefer the home environment and individual attention that home-schooling can offer, children retaking A levels and international families who have relocated to London for a short period, and after a busy move, prefer to have children educated at home to avoid additional stressors.  Emma Thompson’s daughter recently chose to leave Highgate School and be educated at home.

For advice on London schools and home-schooling programmes, please get in touch with our team of education professionals at Lumos Education at info@lumoseducation or on 0207 6927448.